Thank to some of our wonderful fb supporters the cats at the Ark now have 'hot spots' in each room from donated hot water bottles which we keep topped up every morning and evening. This will help them get through the cold winter months!

Armondo & Storm are still in our isolation facility battling with the respiratory infection that they were rescued with, but both are eating well and are full of beans! They love playing especially chasing balls and string toys.

The boy in particular is still having trouble breathing but we are hoping that he should start to improve soon. Despite his breathing problems is a happy little soldier who purrs like a steam engine at being fussed and is always ready to play. The little girl is calming down nicely and although still reticent at being handled she too will now purr away within minutes of being cuddled. She has now also discovered the joys of play!

This is one of three kittens born to an unspayed full feral mother who has been living in someones backgarden, along with other backgardens, for over a year.

These kittens are about ten weeks of age and this kitten is the first of the two surviving kittens to be caught.

It is a shame that we only learnt about them today as the formative period for domesticating kittens is between four and seven weeks so really now the process of taming them to be fully suitable for homing is an uphill task!

The Westgate Ark rescuer is now off to rescue the second of the two surviving kittens! When brought back to the Ark the kitten will for now be put with the first kitten rescued, this will allay some of their stress at being caught and brought into the human world!

Sadly it very soon became clear after trapping these two kittens and admitting them to the Ark that they were suffering from a respiratory infection, probably cat flu. Due to the highly infectious nature of this infection the two siblings were whisked off to the home of one of our rescue workers.

The kittens are now nick-named Armondo and Storm. The boy was named after the French term for soldier as no matter how poorly he was on admission and still is, barely able to breathe easiy, he always soldiers on in a cheerful way with loud purrs of spirit and determination.

The girl we have named 'Storm' due to her early rage at, and resistance to being handled, though soon we might have to rename her 'gentle breeze' as she is slowly getting used to this indignity! 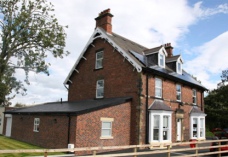 Great thanks to the wonderful vets, nurses and staff at the Backworth branch of Moorview Vets for their care and attention the these two feral youngsters!

These kittens are now on medication and are slowly on the mend! If you would like to help sponsor their veterinary treatment, their anti-parasite products or to help contribute a small amount towards the running costs of the rescue centre then please click on our paypal button or download and return our standing order scheme form. A very small amount on a regular basis is the most helpful contribution!

We are after catching the mother of these youngsters next. She is a full feral so will need to be spayed and returned to where she has been living all her short miserable life!

Where has Zara gone?

(Answer at bottom of page!)

Thanks to our FB friends!

We now have three smug cats this week thanks to our fb admin and our wonderful fb friends who have offered loving homes to Charlie, Muffin and Missy.

Missy, who is off to her new home this Friday!

Muffin, who is off to his new home this Tuesday!

Charlie, who leaves us tomorrow morning!

Thank you all three new owners of these lovely cats, and also to others who have also offered homes! Hopefully we will soon find the right cats for you too.

Seb and Beatle haven't secured a definite home, so are available to the right home!

Beatle is initially a lot shyer than Seb, but is just breaking through that barrier now and is starting to love a fuss made of him. Their time will come soon!

The lovely Zara, independent, playful, and scatty but full of character!

Zara is a cat that loves to spend time outdoors so would love a home with garden. 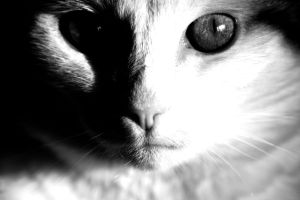 Our own cat calendars, support our cats by buying here! (Non-year specific, so never out of date!)